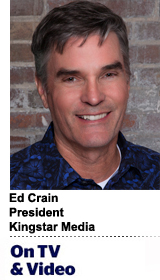 With AT&T facing a federal government appeal of its $85 billion takeover of Time Warner, the headwinds facing the forces of media consolidation in the US may have picked up a bit. But if the situation in Canada is any indication, a more concentrated broadcast and digital media landscape is inevitable. Advertisers need to be prepared to change the way they strategize their media buys.

A focus on quality targeted buys, over those with purely mass audience reach, will rapidly become the norm. For direct response advertisers, this is nothing new, but national brand advertisers in Canada are increasingly turning to alternative channels to reach a rapidly fragmenting audience.

When a judge approved the AT&T-Time Warner merger in June, some predicted that the merger of the two media giants would lead to increased ad rates across their cable and digital properties, but also that the combined entity would likely help shepherd in the era of addressable TV, improved targeting capabilities and all.

However, casting a glance to Canada, where the national broadcast and digital media universe has been close to fully concentrated among three major players for the last several years, the increased ad rate call is spot on. Addressable TV, not so much.

Media concentration in Canada hasn’t really become any more pronounced since 2016, when Corus Entertainment acquired Shaw Media, but there’s no question that digital media players like Facebook, Google and Netflix are continuing to take a bigger share of the advertising pie across the country.

In the US, there was huge pressure on broadcasters to attract new advertising dollars in this year’s upfronts, especially with the increased competition they’re facing from streaming video providers such as Netflix, Apple and Amazon. Rate incentives were very much a part of the strategy to attract advertisers.

However, in Canada, while there may be some new digital platform opportunities opening up for advertisers, the traditional networks are not reducing their rates in the face of the new competition – including programmatic and instream advertising – as one might expect. In fact, they’re actually raising rates – by about 10% across the board – to address a broad decline in revenues.

The Canadian networks’ rationale for raising their ad rates is that they still offer the biggest and broadest audience reach, plain and simple.

The idea of addressable TV is alluring to both brand and direct response advertisers because it promises much better targeting over mass broadband dissemination, offering many similar advantages as digital advertising. Unfortunately, the apparatus has yet to take firm hold within Canada and isn’t likely to any time soon, given that the networks control its future.

With the high CPMs being charged by the Canadian networks, it remains to be seen whether the rate increases will actually survive the year. Tight inventory availability – particularly scatter inventory so desired by DRTV advertisers – is helping the networks keep their rates up, but the pressure on the networks to adjust their rates will increase as media buying agencies run ROI calculation models that include an ever-increasing range of platforms and impression opportunities.

Advertiser demand is also a fickle beast, and with the possibility of an economic downturn hanging in the air, TV networks across the continent would be wise to not to assume that they’ll always be able to charge top dollar for having the most eyeballs in their audience.

For advertisers, it’s time to start thinking quality over quantity.