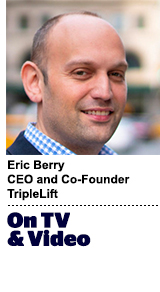 TV is a fundamental part of any marketer’s mixed media model. For many brands, TV is the highest performing inventory source.

Yet the trends are unquestionably negative for TV advertising overall, though TV is not dead nor will it be any time soon.

While higher ad loads helped neutralize falling TV viewership in recent years, they aren’t a long-term solution. What may help offset the confluence of negative TV trends in 2019 – a year that promises dramatic changes in the industry – is a significantly sharper focus on targeting, measurement and innovative ad formats.

The biggest negative trend facing TV is, of course, shrinking viewership – a 2-4% continued year-over-year decline, according to Nielsen, depending on whether you include virtual multichannel video programming distributor (vMVPD) distribution.

Meanwhile, TV ad load is actually increasing, despite industry commentary to the contrary. In August 2017, TV ad loads were 10.9 minutes per hour, compared to 11.2 minutes per hour in August 2018, according to GroupM’s annual State of Video report. Increased TV ad load offset the decline in users, leading to flat overall year-over-year TV revenue.

Meanwhile, Amazon, Netflix and Hulu are the unquestioned market leaders in streaming content. Prime and Netflix have no commercials, and that isn’t likely to change in the foreseeable future, though they both have paid product placement in the vast majority of their original content. Hulu allows its users to pay to reduce or eliminate ads, an option that roughly 40% of its users have chosen. If the distribution platforms with the most content by far have no pre-roll and mid-roll ads, it seems unlikely that streaming consumers will tolerate anywhere near the level of advertising that is common in cable.

In 2019, subscribers will continue to leave cable TV at a steady and meaningful rate. This will be exacerbated by streaming services continuing to improve and offer a broader array of compelling content. Increased ad minutes cannot continue to offset the declines.

Of course, the TV industry won’t be content to simply make less money, and it instead will look to improve its monetization. First, better ad targeting and attribution that deliver and prove results will allow for higher CPMs. This is especially true as the penetration of smart cable boxes and vMVPDs increase. Companies that offer improved measurement, online-to-offline attribution and targeting – both audience and contextual – will reap significant benefits. It is highly likely that Nielsen will upgrade its core measurement system to embrace the modern multidistribution model of content.

Between DVR and consumers continuing to become acclimated to the reduced ad load model of streaming, every publisher – linear TV or any digital video – will increasingly need to move away from an abundance of 60- and 30-second mid-roll ads. This means that it is unlikely that we will see meaningful growth of programmatic mid-roll ads of these lengths in high quality content (there may be a brief period of growth, followed by decay).

Instead, very short – perhaps six-second contextual ads – will become more prevalent rather than largely being a subject of discussion. Further, new formats of video advertising will begin to make their way into the mainstream, following concepts like the in-action cutaways Fox pioneered in the World Series that have become increasingly common in sports.

Users will likely have a greater tolerance for ads that don’t cut away completely – many of which are increasingly standard in parts of Asia – and 2019 promises to be a year of significant experimentation.