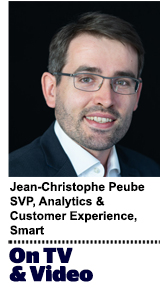 Gangsters always follow the money. And today, all roads lead the digital ad fraudsters to the over-the-top (OTT) and connected TV (CTV) space, where prices are high and prevention protocols are nowhere near as developed as those in display advertising.

While CTV/OTT inventory demand is strong, the supply of premium impressions is limited. This shortage has incentivized fraudsters to trick advertisers into buying nonexistent inventory. While recent reporting from DoubleVerify suggests CTV ad fraud is down, this type of invalid inventory will likely be an ongoing threat for the foreseeable future.

Vigilance is vital, since brands in pursuit of scale will necessarily have to go further down the long tail of online video, where malfeasance often lurks.

Fragmentation, a lack of standardization in bundled IDs and measurement challenges are a few of the vulnerabilities fraudsters can exploit. And of course, we also are still dealing with the perverse incentives of many seasoned yet cynical players who are perfectly willing to monetize bad ad quality.

Another enabler of ad fraud is our industry’s runaway fixation on performance advertising.  Many advertisers who are genuinely concerned with brand safety and suitability don’t take the time and effort to understand what’s happening. The mantra has sadly become “deliver at all costs,” with “quality” a nice-to-have.

Here are three issues that have popped up in the fraud space and how advertisers can guard against them.

Traffic arbitrage or “looping” at scale

Right now, new gaps in prevention protocols are being exploited. Fraudsters misrepresent inventory types at a level that makes the domain spoofing of yesteryear seem quaint by comparison.

The transactional structures of OTT/CTV are more vulnerable than the display marketplace to these nefarious practices. The bad guys have active connections to purchase inventory from DSPs as well as active accounts as supply providers with SSPs. Using DSPs, they identify cheap traffic sources such as in-app display or interstitials and funnel it into an SSP, disguising it as pre-roll in-stream video. This allows them to flip it at a CPM that is 5x the price paid.

But here’s the good news. Advertisers can fight back with a solid supply path optimization strategy that deploys sellers.json at scale. Doing so will greatly mitigate the above tactics.

And if we as an ecosystem can coalesce around only premium SSPs and DSPs – those that ban in-banner video, which is particularly prone to arbitrage – this issue would largely be eliminated.

Part of the problem in digital ad fraud lies in legacy practices that are still being exploited.

Without standardized bundle IDs, legit integrations are susceptible to bad inventory being funnelled with forged bundle IDs. Bad actors continue to pass off sizable video traffic as premium, in-stream, thereby monetizing at rates 2x-3x above where they should.

Fortunately, there are effective third-party solutions that can be applied to effect bundle ID standardization. They can also detect bundle spoofing.

Not all video is created equal

It’s a little embarrassing to admit, but we as an industry have yet to settle on a clean technical definition of what constitutes “video.” There are many discrepancies when it comes to the  OpenRTB fields used to flag video segments in SSP and DSP systems industrywide.

This profusion of possible entry points for malfeasance impacts inventory quality across all major CTV platforms. For example, unsold in-app interstitials or outstream inventory are paraded in front of demand partners as 100% pre-roll in-stream inventory. The lack of credible third-party vendors to help on this front puts responsibility more squarely on the shoulders of buyers and sellers. It is imperative for all players to build out analytics capabilities and teams to design the right detection rules. Developing teams for quality monitoring to audit suspicious ad placements is the most effective way to safeguard against these bad practices for the time being.

When the Association of National Advertisers put out an RFP in April to investigate programmatic media transparency, a lot of folks were uneasy. The previous ANA Ebiquity study, a few years ago, shone the spotlight on the lack of transparency in trading practices at holding company media agencies that made a big impact on client-agency relations. Hopefully this new effort will be a catalyst for cleaning up the programmatic supply path in a similar fashion.  Meanwhile, there is a lot that all of us can do individually to collectively combat the growing threat.