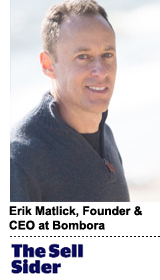 Google’s decision to delay third-party cookie deprecation may feel like a life raft to many in the ad industry, but the longer timeline feels bittersweet to publishers.

Endemic and quality news publishers had been embracing the paradigm shift that would result from cookie deprecation. For years, these publishers saw their data leak through the programmatic pipes into the hands of the exchanges, demand-side platforms and large ad tech players, which then used that data to target these publishers’ users across the internet – oftentimes on inventory of lower quality and cost. Finally, these publishers were about to gain back the leverage they had lost.

The delay may seem like publishers’ return to power has been deferred, but publishers can’t let that happen. Just as advertisers are ramping up their testing and trying to get an understanding of the post-cookie landscape, publishers need to continue developing their first-party assets and infrastructure in order to succeed in a market where they provide direct access. There is a huge opportunity here, especially around publisher-owned IDs, and how they go about it matters.

The notion of publishers walling themselves off has gained some buzz, and it’s an attractive proposition.

Unfortunately, this is not a feasible solution for even the biggest, most powerful publishers. No individual publisher has the scale needed to create a viable walled garden, and you’d be hard pressed to find a publisher that accounts for even 1% of the online ad market. No one can compete with Facebook or Google at that level.

Publishers are also not in the technology business. Their core competency is producing premium content, and chasing scaled advertising platforms like Facebook and Google is a fool’s errand, even for publishers with more than $100 million in topline revenue.

But rest assured there are publishers who will build bad marketing platforms in the years to come, and they’ll fool themselves into thinking they’ve built something good. But by the time publishers launch something, it’s already out of date. Then they walk away, and the platforms drift into obsolescence.

The third-party cookie is a great tool, because it allows portability from site to site. The downside was that it was so portable it commoditized publishers’ offerings. Publishers are scared of recreating the same cycle again.

The holy grail of the post-cookie internet will be authenticated users, but we’re unlikely to see scale. Instead, publishers need to augment their data, identify more users and enrich the data they have on those users to build more targetable segments.

Ideally, publishers should reorient this idea to their own benefit and build a shared ID that is only passed among publishers themselves. It’s impossible that all publishers will join forces on a single ID, so the most likely scenario is that advertisers will use several publisher-owned IDs to deliver their campaigns.

The conventional wisdom is that advertisers would balk at this kind of landscape, finding it unwieldy to use multiple IDs. But that’s not the right way of framing. Advertisers are already eager to share their data with Facebook and Google, and neither of those platforms necessarily has a portable ID that the advertiser needs to maintain. Working with associations of publishers would look largely the same, and would be miles better than trying to manage individual buys across thousands of publishers in order to achieve scale.

Of course, publishers can only capitalize on the opportunity if marketers shift their methods, only targeting users they have a first-party relationship with. This cuts down on the noise, the “annoying ads” and the wasted spend.

An ecosystem of cooperative publishers creates the opportunity to talk to the right users in the right place at the right time, instead of being forced to target generic inventory across the web. The combination of context, content and data will maintain the relevancy that advertisers are so desperate for in a loud and crowded ad space. At the very least, marketers need to adjust their buying practices to avoid nefarious players who have sucked up bidstream data in direct violation of the terms and conditions of the IAB and the SSP agreements.

If enough large business publications band together and share their data, they can create massive scale that appeals to advertisers. They can also offer specialized audience segments, such as “in-market for cybersecurity solutions,” that simply aren’t offered elsewhere. That will be appealing to advertisers, who will be desperate to target and measure audiences once the cookie crumbles.