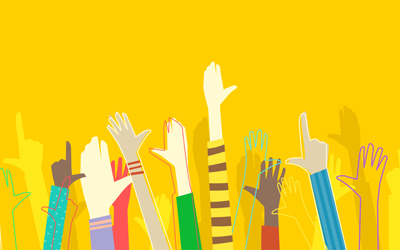 The Washington Post said Wednesday that it will adopt the Unified ID 2.0 framework – the first publisher to do so after a string of ad tech companies have tossed their hats into the ring over the past few months.

The Post will allow advertisers to transact using the ID on its own site and will make the open source identifier available for integration with more than 100 Zeus Performance sites.

Zeus Performance is The Post’s proprietary header-bidding wrapper and ad-rendering engine, which it opened up to external publishers last year.

The idea behind Unified ID 2.0, which is The Trade Desk’s brainchild, is to use hashed and encrypted email to underpin a standardized, interoperable identity alternative to third-party cookies.

Publishers are an essential component of that plan, because they’re the ones most likely to get site visitors to authenticate themselves in return for access to content.

The Trade Desk has been doing proof-of-concept testing with publishers and other ecosystem partners since the earlier this fall.

Having a high-profile publisher such as The Washington Post on board should help accelerate the initiative’s momentum as the industry scrambles to move away from the decaying status quo.

There is an imperative right now “to build our way out of the current advertising ecosystem, not try to sustain how it exists today, [and] it needs to truly be audience-first,” said Jarrod Dicker, VP of commercial technology at The Washington Post and Zeus.

“It’s unknown how 2022 will net out,” Dicker said, referring to the timeline Google set out when it first announced its plan to sunset third-party cookies in Chrome, “so we want to not just be prepared, but help drive what the outcome will be by collaborating on a global scale.”

The Washington Post is the second company to join the Unified ID 2.0 effort this week, following OpenX’s announcement on Wednesday.

If you’re counting, here’s the most current scorecard of partners:

OpenX will support passing UID 2.0 in the bid stream; Neustar will make it interoperable with its Fabrick ID; Mediavine has integrated UID 2.0 into its audience engagement framework; PubMatic will offer UID 2.0 as a default identifier; Magnite will use UID 2.0 to facilitate RTB transactions; Index Exchange will enrich bids across channels for publishers that use the ID; Nielsen will help The Trade Desk improve the measurement aspects of UID 2.0; Criteo is building the single-sign on UI for consent and privacy management; and LiveRamp will embed UID 2.0 into infrastructure so that SSPs and DSPs can bid on it.