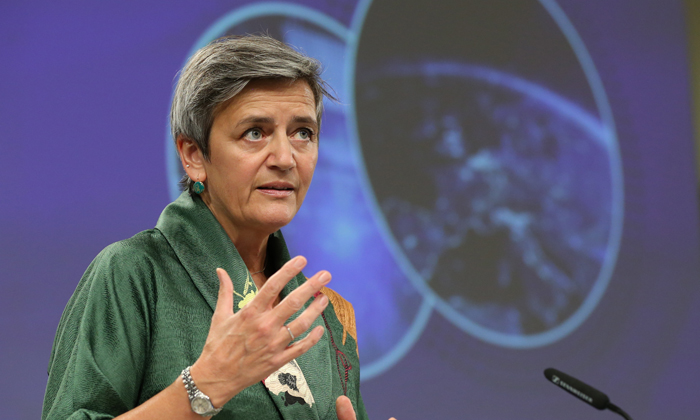 The European Commission verified in writing on Friday that Google’s use of data to fuel its ad tech business is a focus of its ongoing antitrust investigation.

And here’s the kicker: “Google’s proposals to deprecate third-party cookies are within the scope.”

As Brussels-based journalist Alexander Fanta highlighted on Twitter, this could mean by extension that Google’s FLoC proposal is also part of the Commission’s probe. If so, the same might be true for the other proposals in the Chrome Privacy Sandbox.

More trouble for Google in Europe: The tech giant’s attempts to kill off 3rd-party cookies with its Federated Learning of Cohorts (FLoC) system is “within the scope” of the EU’s adtech competition probe, the Commission says: https://t.co/5VSDcbV18a

The UK’s Competition and Markets Authority already launched its own inquiry into Google’s plan to phase out third-party cookies after receiving complaints about how Google’s Privacy Sandbox proposals could impact competition. That investigation is also ongoing.

The European Commission’s statements came in response to questions raised in January by Carmen Avram, a Romanian member of Parliament, after Politico reported on the existence of two new antitrust investigations into Google’s business practices.

Margrethe Vestager, the EU’s competition chief, answered on behalf of the Commission.

Members of Parliament have the right to address questions, either orally or in writing, to other European Union institutions and bodies, which then have a set amount of time to respond.

This isn’t the Commission’s first public remarks about its ad tech-focused Google probe.

In March, Bloomberg reported on an online event attended by Vestager and hosted by Europe’s retail association, EuroCommerce, during which she said Google is facing a “very large investigation” into its advertising business.

In addition to the privacy and data protection implications of scaled data collection, Vestager wrote in her response to Avram that the Commission, as it’s done in past cases, is also examining whether the accumulation of data affords merged companies an advantage.

The Commission “already considers data as an asset in merger assessments,” she wrote, including the variety of data, velocity of data accumulation, the size of the data set and its value.

But “notwithstanding the economic value resulting from processing activities, personal data protection is a fundamental right under the Charter [of Fundamental Rights of the European Union],” Vestager wrote.