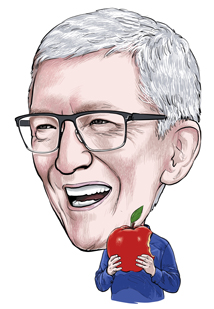 Eric Seufert summed it up on Twitter: “Quelle surprise!”

Sources tell the Financial Times that Apple plans to expand its App Store business with a new ad slot appearing in the “Suggested” apps section of the store’s search page.

This would give advertisers the opportunity to reach potential users before they actually search for something. Apple already allows advertisers to target users based on keyword searches in the App Store.

Testing is finished on the new slot and Apple will reportedly launch it next week, although it’s already been spotted in the semi-wild on iOS 14.5 test devices (see below).

Speaking of next week, that’s also when Apple plans to start enforcing AppTrackingTransparency for iOS 14.5 devices.

But speaking of next week, that is also when Apple plans to start enforcing AppTrackingTransparency for iOS 14.5 devices.

Bolstering its own advertising business at the same time it’s about to roll out changes that will massively impact developers and mobile ad tech companies is … a cheeky move on Apple’s part at best.

Updated 3:20 p.m. to include a screen shot of the new ad slot; h/t Alex Bauer, head of product marketing at Branch.