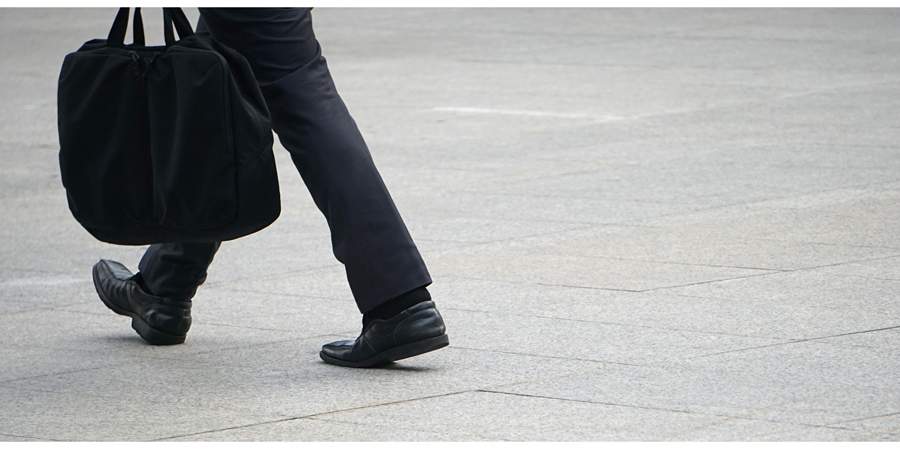 At a critical time for the digital advertising industry – and with lawmakers keeping a close eye on ad tech – the IAB currently has no public policy presence in Washington, DC.

AdExchanger has learned that the team’s head, Dave Grimaldi, EVP for public policy at the IAB for nearly six years, stepped down in late October to take a leadership role as head of government relations with the Blockchain Association, a trade group that represents companies in the cryptocurrency industry.

With Grimaldi’s departure, the IAB’s public policy team, which included three people at its height, is now devoid of any trained government affairs and public policy professionals.

And there isn’t even anywhere physical for the tumbleweeds to blow. The IAB gave up its Washington, DC, office space during the pandemic and has yet to rent a new location.

Rather than a mass exodus, though, it’s been a slow attrition. Key players, often poached by the large tech platforms (who also happen to be IAB members) are not replaced.

“It feels like there’s not been investment or recognition about how necessary policy is,” said a former IAB employee, who spoke on condition of anonymity. “It’s not like everyone walked out of there all at once.”

The IAB told AdExchanger that it’s hiring to replace Grimaldi and expects to make an announcement “shortly.”

The way it was

The main function of the IAB’s public policy office, since it was first established in 2007, has been to lobby on behalf of the IAB’s membership on Capitol Hill. Its leaders promote the value of the interactive advertising industry to legislators and policy makers in DC through a mix of grassroots advocacy, research, member fly-ins and public affairs campaigns.

The IAB also hosts regular monthly meetings so that members – mostly government and public affairs folks and reps from their legal department – can learn about the latest policy-related developments impacting the digital ad industry and provide feedback on the IAB’s public policy agenda.

These meetings are now being led by former IAB CEO Randall Rothenberg, who transitioned to an executive chairman role last year. Rothenberg does not have a formal public policy or legal background, although the IAB pointed to his experience in covering politics in the ’80s and early ’90s at The New York Times, the 1984 book he authored on neoliberalism and numerous congressional and regulatory agency visits he’s made over the course of his career. In his capacity as CEO of the IAB, Rothenberg has also testified before congress.

“Maybe that’s fine from a managerial perspective, but not from an operational perspective – you need subject matter experts,” the former IAB employee said. “It’s bewildering to me that there’s been this long atrophy of actual policy functions over the last couple of years.”

So, where’d everybody go?

Other than Grimaldi, who’s leaving for the world of crypto, the last three people to serve in top policy roles at the IAB have all departed for jobs at the large tech platforms.

The IAB isn’t unique in losing people to Google and Facebook. Although the IAB is known to pay its executives well, especially for a trade organization, there’s no doubt better salaries are to be had in the private sector.

But there could be another factor at play driving these exits, and that’s the old adage: You can’t be everything to everybody.

There was a time when the IAB was a trade organization specifically for publishers. It wasn’t until roughly 10 years ago that ad tech companies were able to join, followed more recently by advertisers and agencies.

According to a third former IAB employee who also asked not to be named, “there’s been brewing tension for years” as the IAB struggled to represent multiple different interests. The talking points Google might want its trade org to present to lawmakers, for example, are often quite different from a publisher or an ad tech company’s policy agenda.

With a constituency that includes both Big Tech and independent ad tech, that gulf is only widening.

“How can you treat all of them equally?” the IAB employee said. “That is a very difficult thing to do from a policy perspective.”

While the IAB flounders on the policy front, other organizations are staffing up or promoting policy folks from within.

In September, the Out of Home Advertising Association of America, for example, hired Michael Hershey, a former associate administrator for congressional affairs at the US small business administration, as its EVP of government affairs.

And the ANA, which exclusively represents brand marketers, announced on Tuesday that Dan Jaffe, who led the association’s government relations office in DC for the past 36 years, is planning to retire at the end of this year.

Jaffe will be succeeded by ANA SVP of government relations Christopher Oswald, who will be promoted to EVP in January.

“You can really juxtapose this with the IAB,” a former IAB employee told AdExchanger. “The ANA has a team in place and so there’s no power vacuum.”

According to the IAB, however, it’s got a deep enough bench of people to pick up the slack.

“IAB’s depth of relationships and talent runs deep in this area,” the IAB said in a statement supplied to AdExchanger. “Randall Rothenberg, Michael Hahn [SVP and general counsel] and [CEO] David Cohen continue to work with IAB’s Legal Affairs and Public Policy Councils, as well as several external firms as it relates to advancing its public policy efforts.”

Updated on 11/10/21 to reflect the number of people on the policy team and Rothenberg’s background.