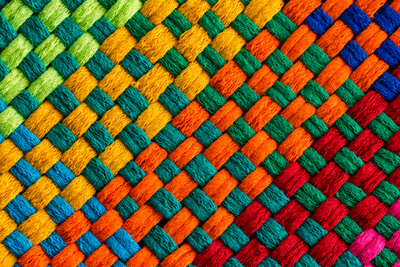 Google utterly dominates the identity resolution marketplace, with LiveRamp and Salesforce trailing in the middle distance.

That’s according to the most recent Advertiser Perceptions ID resolution marketplace report, which found that most advertisers and agencies (29%) use Google as their primary identity resolution solution.

That number drops to 13% apiece for LiveRamp and Salesforce. Amazon, Facebook and Adobe are specks on the horizon. Eleven-percent say they use Amazon as their go-to ID resolution vendor, while Facebook and Adobe clock in at 8% and 5%, respectively.

Sixty-four percent of ad buyers have used Google for identity resolution at some point over the past 12 months.

But it’s premature to hand Google a victory wreath. With the identity landscape shifting, advertisers and agencies aren’t disposed toward loyalty.

On average, they work with at least four identity providers at any given time, while roughly one-third say they’d be more than willing to switch away from their current primary identity resolution partner.

Thirty-eight percent will only give an ID vendor four to six months to prove their value before moving on to test someone else. Thirty-seven percent want proof of value in two to three months, while 5% require identity vendors to validate their work within the space of a single month.

From one perspective, that level of frenzied activity comes with a whiff of desperation in the countdown to the loss of third-party cookies. But it can also speak to the fact that advertisers are receptive to new ideas and approaches.

“This is a very evolving space,” said Lauren Fisher, VP of business intelligence at Advertiser Perceptions, “and an area where marketers would love to find partners who can do more for them than they’re getting today.”

Although advertisers and agencies are coalescing around Google, the biggest fish, the marketing clouds, data providers and independent ad tech companies also have high name recognition.

Ninety-two percent say that they’re either familiar or somewhat familiar with Google’s identity services. But 82% say the same for Adobe, 79% for Salesforce, 72% for Experian, 69% for The Trade Desk and 61% for LiveRamp.

(It’s worth pointing out that Adobe and Salesforce don’t offer a la carte identity services, which come as part of their broader cloud offerings. In answering, respondents were most likely thinking broadly of the identity matching and ID graph capabilities woven into various pieces of the marketing clouds.)

The fact that Adobe, Salesforce, Experian, The Trade Desk and LiveRamp, et al., appear to be top of mind for advertisers and agencies is evidence that buyers are educating themselves about the identity resolution marketplace and becoming increasingly aware of what’s available beyond the big guys.

“Multiple companies are coming to the table with multiple solutions,” Fisher said. “Although I’m sure advertisers would love a single solution, realistically there isn’t going to be one and I think they know that.”

Sorting out the consortia

Lack of a single solution is why many advertisers are also open to industry initiatives.

One in three advertisers take advantage of an industry-based ID graph or an ID consortium, with LiveRamp’s name at the top of the list.

Twenty-eight percent of advertisers use LiveRamp’s IdentityLink solution, according to Advertiser Perceptions, and 5% participate in the LiveRamp-led Advertising ID Consortium.

Eight-percent say they still use DigiTrust as their standardized ID, despite the fact that the IAB Tech Lab shut DigiTrust down in July.

So, what’s on tap for the year to come?

With Google still on track to get rid of third-party cookies in Chrome by 2022, advertisers plan to keep testing identity resolution partners and experimenting at a breakneck pace.

Nearly half of ad buyers surveyed (47%) say they expect to spend more on identity resolution services in 2021 than they did in 2020.

“It’s a crowded landscape, it’s a confusing landscape – and we see that advertisers are planning to use more rather than fewer identity resolution services this year,” Fisher said.

They’re also planning to work more closely with publishers and vendors that have direct consumer relationships and to flesh out their own first-party data assets.

“Advertisers acknowledge that having a handle on deterministic information will be a very valuable thing going forward,” Fisher said. “And so advertisers should be having conversations with publishers now to understand how they’re building out their first-party data platforms – and they should also be out there testing new solutions and new targeting.”