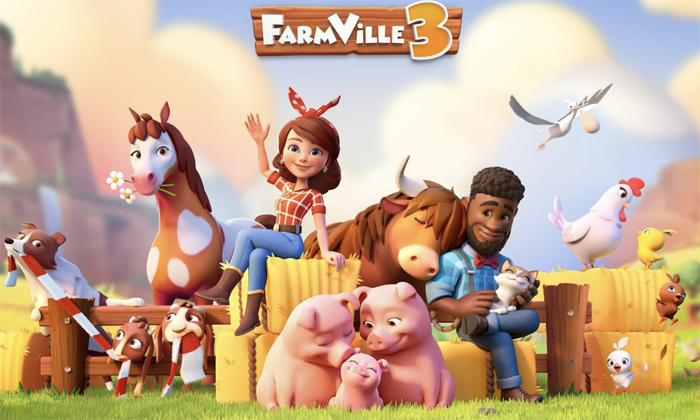 Despite Apple’s ATT curveball, Zynga is having its best revenue and audience growth year since the company was founded in 2007.

The social game developer, whose titles include Words With Friends and the FarmVille franchise, grew its advertising business 99% year-over-year in the third quarter to $134 million. Total quarterly revenue was $705 million, a 40% increase from last year.

The company reported its Q3 earnings after market close on Monday.

“Hypercasual games have an ad-driven business model,” Gibeau told AdExchanger on Monday. “We think of them as snack food, light games you can jump into with a quick engagement curve that drive a lot of impressions and very big audiences.”

The Rollic deal has had a “major impact on our MAUs,” Gibeau said. Total monthly active users hit 183 million in Q3, up 120% YoY.

Zynga’s been on an acquisition rollover the past few years. In addition to Rollic, Zynga bought Small Giant Games for $700 million in 2018, Peak Games last year for $1.9 billion, in-app monetization platform Chartboost for $250 million in May and Beijing-based StarLark Games for $525 million in August.

“At some point, acquisition is the same as organic growth,” he said. “When companies come into Zynga, we can grow faster together.”

AdExchanger caught up with Gibeau on earnings day for a few hot takes. 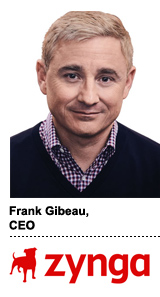 AppLovin and Zynga actually have a very similar point of view, which is that to prosper in the mobile ecosystem long term, you need to have a first-party data play – the ability to deliver results using a combination of first-party data and valuable gaming inventory.

ironSource is doing the same with its hypercasual studio and even Unity is talking about it. Investors find this very attractive, because it’s the content-plus-platform conversation. In our view, the ability to service third-party advertisers and publisher content is the future, and we’re investing a lot of capital and talent against this. It’s a new strategic animal.

We’re building more models to understand behavior once people are in our games.

If you don’t have a first-party data asset at scale along with an ad platform – these things are becoming symbiotic – it will be increasingly difficult to compete in these market conditions. You’ll lack the information to make good decisions. You’ll be shooting in the dark.

We passionately believe in creating an environment and a network that third-party advertisers can trust and where they can benefit from Zynga’s data. This is directly tied to our ambition to attract more mass-market advertisers and make it easier for them to participate.

On Zynga’s own homegrown ad network.

With Chartboost, we got a performant DSP, and we’re working to scale it and add new features. We’re building the supply side and the mediation layer. You’ll see new products from Chartboost in the coming quarters.

Like everyone, we’ve had to adjust to the changes that came with Apple’s ATT, and it’s still early innings in terms of getting [our ad network] stood up, but we’re hiring a lot of people into that group and we’ll continue to be acquisitive for ad tech companies. Although we have a lot of the components of a fully fledged platform, we’re missing others.

Chartboost and serving our own advertising is becoming increasingly important to us, but not everyone can be the exclusive holder of all the demand or supply out there, so we do see Apple, Facebook and Google as part of our overall ad business.

Frankly, some ad networks navigated the shift away from IDFA better than others, but I’d never count out companies like Facebook. Taking a long view, we’ll see more innovative products as people adapt to the new conditions.

We’ll continue to use the systems and networks that are most performant. And that can change from one quarter to the next.

On the high cost of iOS user acquisition.

I think we’re through the worst of it, and the best proof I can give you is that we just launched FarmVille 3. If we felt we couldn’t acquire because of pricing or because the tools we needed weren’t effective, we wouldn’t have launched a new game. We did pause our UA for a month to get everything sorted as SKAD [SKAdNetwork] came out, but we’re in a position now to step up our investment to drive revenue and audiences.

On the surge in Android pricing in light of Apple’s privacy changes.

Android got really popular, but it’s been settling down as Apple becomes more effective. Although Android is still a little more expensive than it was before, it’s not as high as it was at its peak.

Our last earnout payment to Small Giants will happen in Q1, which means our cash flow will go way up in the second half of next year.

We’ll have more dollars available to invest in ad tech, to acquire game studios and to look out for new opportunities, like NFTs.