All I can say is that we covered a lot of ground during Day Two of AdExchanger’s Programmatic.IO digital event on Wednesday. Read on for your recap. (And here’s what we got up to on Day One.)

Petco was already reimagining the interplay between online and offline channels before the pandemic hit. But when the lockdown started, the pet retailer, which recently repositioned itself as a health and wellness brand for pets and pet parents, intensified its omnichannel efforts.

“The role of the store is no longer just that of a store, it’s become part of a strategic advantage,” Petco CMO Tariq Hassan told AdExchanger Managing Editor Ryan Joe.

Like grocery stores, Petco was deemed an essential service during the quarantine period, which created an opportunity to “expedite elements of our omnichannel transformation.”

For example, although the in-aisle shopping experience was necessarily curtailed earlier this year, Petco transformed its retail footprint into a mini distribution network. Petco started shipping from its stores and significantly ramped up its buy-online-pick-up-in-store efforts. The brand also took curbside pickup national, which was only being tested in around 25 stores pre-pandemic, “pretty much overnight,” Hassan said.

“We’re thinking not just about how to pursue ecommerce sales,” he said, “but how to engage with customers across the entire ecosystem.”

And that means keeping a finger on the pulse of shifting consumer behavior and using that as a barometer for when and how to spend marketing dollars.

At the very beginning of the pandemic, Petco’s customers were in stockpile mode, quickly followed by an increase in digital engagement as circumstances became more severe. Petco shifted its spend accordingly into performance marketing channels.

Just this past week, though, Petco restarted some of the channels it had previously paused, including broadcast distribution and OTT.

“I don’t think any of us in this industry will come back to marketing the same way as before,” Hassan said. “This period has taught us that you can move a lot faster.” 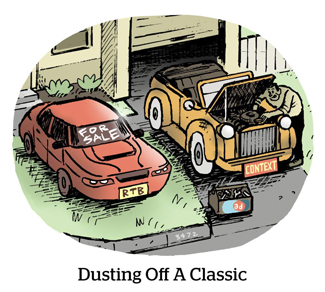 With third-party cookies on their way out and uncertainty swirling around other tried-and-true identifiers, it’s time to update a classic: contextual advertising.

Contextual has been around for a long time – “since the dawn of advertising,” said Yang Han, CTO and co-founder of StackAdapt – but it hasn’t reached its potential in terms of innovation, performance and how effective it can be with the right approach.

Keyword-based targeting is a blunt instrument and suffers from scale problems, and contextual categories are too broad and don’t work for niche targeting, Han pointed out.

But StackAdapt has been working on a new approach to contextual advertising that involves page context AI.

Rather than having to come up with specific keywords and think of all the potential permutations, for example, an advertiser can suggest a broad key phrase – say, “electric cars” – and the system will automatically include “electric vehicles,” “battery-operated cars,” “Tesla” and all of the different car manufacturers working on electric models.

StackAdapt also has a new approach to dealing with keywords that have multiple meanings, for example, “java,” which could refer to coffee, the programming language or the Indonesian island. Buyers can refine their targeting by excluding the phrases that don’t relate to the desired content. In this way, advertisers are “able to target niche contexts online that are dominated by different contexts in the vast majority of pages,” said Ned Dimitrov, VP of data science at StackAdapt.

In 2016, after K2 Intelligence and the Association of National Advertisers dropped their report on agency transparency – or the lack thereof – brands became concerned about agency fees, opaque agency practices and the lack of control and transparency in their relationship with their agency partners.

Interest in in-housing began to grow exponentially. But, in the years since, the tenor of the conversations that advertisers are having about in-housing has changed, said Joanna O’Connell, a VP and principal analyst at Forrester.

Rather than looking at in-housing as a way to save money, brands are increasingly motivated to in-house by a desire to be strategic, more efficient and to create long-term value, O’Connell said.

Which is heartening to see. But in-housing is not for the faint of heart.

Brands need to set internal expectations that transformative results take time, that performance might be affected in the short term, that it’s extremely difficult to retain digital media talent, that payment terms are going to change if they’re not working with an agency and that in-housing is a marathon, not a race.

Oh, and don’t unceremoniously dump your agency partners. You’re probably still going to need their help, especially if you’re opting for one of the many flavors of hybrid in-housing models. 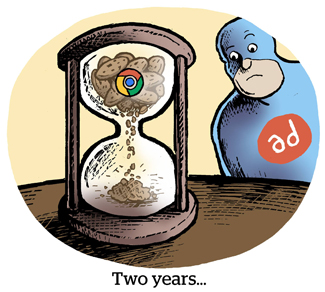 There’s still a big ole question mark about what the future of addressability in digital marketing will look like when all of the usual identifiers are no longer available.

The answer that best serves everyone, from advertisers and publishers, to the platforms and the consumers who consume, will come if there’s a foundation of open technology standards that both support addressability use cases and protect user privacy, said Jordan Mitchell, SVP and head of identity, data and privacy at the IAB Tech Lab.

It’s a massively tall order and one that the IAB Tech Lab, in collaboration with the Partnership for Responsible Media, is toiling to bring to fruition under the auspices of Project Rearc. Which sounds complex enough – but it actually gets even more complex than that.

There’s a three-layer chess match happening right now, Mitchell said. Beyond the work being done by trade orgs, there are the debates happening at the W3C. And as a backdrop to all this, privacy regulations are coming into effect and policymakers are digging into the antitrust aspects of online identity and data collection.

In Q4, The IAB Tech Lab expects to circulate proposed specs for technical standards to underpin the development of post-cookie, privacy-preserving solutions for the ad ecosystem.

It can be difficult to woo dollars into addressable TV, because that money is often coming out of an existing linear budget. So, on the surface, it can look like performance is going down when budgets go digital – unless brands are able to measure how their media is performing across channels, said Jamie Power, chief data officer at Cadent.

The best way to do that, Power advised, is to tap into an identity graph. But how accurate are they? Pretty accurate, actually, Power said. Most identity graphs update their data on a regular basis.

Rather than getting “hung up on the graph being 100% accurate,” Power said, the ability to tie campaigns to business outcomes means that you can figure out what works for your specific brands.”

“As long as you’re able to push a consistent target out and can measure it holistically, you have a better chance than shooting in the dark,” she said.

No customer left behind

When European holistic skincare and beauty brand Weleda decided to break into the US North America market a few years ago, it did qualitative research to develop a persona that would inform its targeting strategy in the market.

But it quickly became clear after rigorous programmatic display testing that there were a lot of valuable audiences that they hadn’t even thought of. All in all, Weleda, along with its agency, The Shipyard, tested around 2,000 audiences and found 575 profitable, performing pockets of people that it hadn’t been targeting previously.

“Every audience we find becomes a different revenue stream,” said Lance Porigow, CMO of The Shipyard. “Leave no customer behind; if we can find them, let’s go after them.”

For example, Weleda proved that, as it suspected, people interested in a fit lifestyle are a core audience for its brand. But Weleda also discovered that its top-performing audiences are actually making New Year’s resolutions, celebrity watchers and interested in pseudoscience and astrology.

Beyond online targeting, Weleda was able to use this information to work with new types of influencers, to inform its sampling strategy – the doula community turned out to be an untapped market – and to develop novel content ideas, such as a highly performing editorial piece outlining “the best self-care ritual for your zodiac sign” in partnership with wellness publisher Well+Good.

“The data is not just for programmatic,” said Randi Jachino, Weleda’s VP of marketing for North America. “We take it and use it for everything we do.”

Weleda’s net sales, which were on a four-year decline between 2013 through 2016, nearly doubled over the past four years, with growth up 85%.