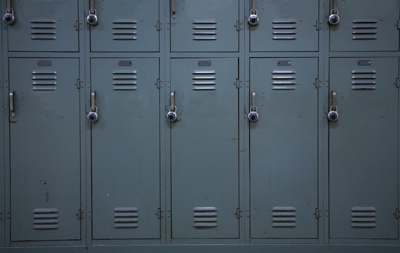 Show me a digital publisher, and I’ll show you a team of people busily doing their best to collect first-party data before the clock runs out on third-party cookies.

But, depending on the site, roughly 5% of the emails publishers collect from their readers – fine, call it zero-party data, if you must – are generated by machines.

Machine-generated emails are those random alphanumeric burner emails that get spat out by Apple’s Hide My Email, Firefox Relay or any number of smaller companies whose main purpose is to create disposable addresses for people who don’t want to share their real one. (It doesn’t count people who devise their own dummy addresses.)

Not only can’t the data be used for targeting on a publisher’s own site, Petri said, it can’t be matched against an email list provided by an advertiser partner, which puts a damper on marketing deals.

Any percentage of an audience that’s made up of machine-generated emails “is a waste,” said Ryan Nathanson, COO of lifestyle media company SHE Media, which operates BlogHer, SheKnows.com, STYLECASTER and HelloFlo. SHE Media is in the process of setting up a live test with lockr.

“We want to replace [machine-generated emails] with actual identities that can better support our advertising and subscriber business,” Nathanson said.

On Tuesday, lockr announced a handful of free APIs that publishers can use to gather first-party data, authenticate real emails and weed out machine-generated emails.

Publishers can upload their email lists to lockr to get a read on which email addresses aren’t usable, and lockr has an API to verify new emails at the point of registration. It also has an SSO to help publishers collect consented email addresses and manage user authentication.

An identity matching API allows publishers to connect multiple email addresses (allison@adexchanger.com, aschiff@gmail.com and oschiffey@hotmail.com, for example) to a single identity tied to a person’s lockrMail address (say, mermaidthecat@lockrmail.com). In that case, four related email addresses are aligned to one lockrMail ID. Publishers only receive hashed versions of a user’s email addresses, so they can be used for targeting but not to identify the individual.

When people sign up for lockr, they link multiple email accounts to make it easier to manage consent and opt-ins across inboxes. Rather than handing out their personal email addresses like candy all over the internet, people can use their lockrMail email to sign up for promotions, check out online and register for newsletters. If a brand starts getting spammy, users can opt out of receiving their messages through their dashboard.

But lockr isn’t a consent management platform (CMP), Petri said, at least not one that’s akin to most of the CMPs that have cropped up to serve the ad tech ecosystem over the past couple of years. Those CMPs exist to share consent strings up and down the supply chain.

“You can think of us more as a personal data management platform,” Petri said.

Because lockr only acts as a connection point between brands and consumers, “publishers can still own their audience, which is important to us,” said Nathanson, who noted that SHE Media is exploring multiple different identity offerings.

Speaking of, the industry has glommed onto email and email-based identifiers as a possible replacement for third-party cookies. Unified ID 2.0, developed and backed by The Trade Desk (though now an open-source project), is the most well-known of the bunch.

The growing popularity of disposable emails among consumers, however, is a fly in the UID 2.0 ointment. You can’t create durable IDs based on temporary email addresses.

According to Petri, publishers can use lockr data to support the creation of UIDs, which could also help with adoption.

But lockr is facing a scale challenge of its own. Why would someone click on the “Sign in with lockrMail” button if it’s sitting right next to an SSO widget from Google, Apple or Facebook, all universally recognizable companies?

There’s no silver bullet for that. It’s just going to take time to reach users and educate them about inbox and identity management, Petri said. Which is why lockr’s first step “is to help publishers minimize the negative,” he said, by focusing on email verification and neutralizing the threat of machine-generated emails.

Eventually, if a critical mass of consumers sign up, the hope is that handing them more control over their identity online will make people more comfortable sharing their email address. Petri says he’s already seen it happen during lockr’s alpha.

“This has the potential to change consumer behavior, as long as you don’t abuse your relationship with the consumer,” he said. “If consumers have a sense of control, they are more willing to authenticate.”