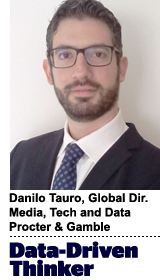 Is advertising waste being driven by lack of technology, incentives, capabilities or all of the above?

To understand the root cause and find solutions, it’s helpful to dive into the primary actors in the media supply chain, as they all bear some responsibility for advertising waste.

Advertisers and agencies keep pumping budgets into a digital media supply chain that is full of holes, with limited forms of control. While the buy side has always demanded more control, there is often a lack of focus, expertise or depth. Publishers are mostly victims, with revenues reduced dramatically by this lack of transparency. Yet, the sell side has not proactively done enough to try to solve these issues either. Ad tech providers are often seen as a double-edged sword, providing opportunities such as one-to-one targeting but also exposing clients to undisclosed fees.

Verification companies attempt to serve as mediators, with limited success due to silos across the different transparency pain points in the digital media supply chain. There are three main areas these verification companies have been – or should be – trying to attack in a more coordinated way: ad fraud, the programmatic tech tax and auction dynamics.

With losses projected at around $50 billion of the $200 billion-plus digital media industry, ad fraud is second only to drug trafficking as a source of income for organized crime.

Invalid traffic (IVT) includes traffic generated by bots that emulate human behaviors, automated impressions or clicks and many different forms of fraudulent traffic. The concept of “FOFO” – fear of finding out – is one of the ironic truths in this space, describing the incentive misalignment on solving the issue. Fraudsters try to access marketing budgets by generating and selling IVT, but all other parties may have conflicting interests: Publishers may attract higher investments given the higher traffic, agencies may deliver cost-competitive campaigns, and even media managers on the advertisers’ side may exceed their targets on media KPIs.

Several verification companies can help identify IVT, including IAS, WhiteOps, Moat, DoubleVerify, Pixalate, Protected Media and Method Media Intelligence. Most of these solutions are accredited by MRC. Unfortunately, IVT-verification is not a silver bullet, given the continuous cop-and-robber games that go on, plus the different approaches to false positives.

Ad fraud requires more accountability across all parties, as well as more sophistication from advertisers who need to better understand their tech stacks, the contractual liabilities and how to be more deliberate in the definition of risk levels and mitigation strategies.

In programmatic advertising, the tech tax, part of non-working media spend, is estimated at about 50% of total media spend, and those receiving it are partly untraceable.

This issue was already covered in a 2017 ANA report. Several technology companies tried to tackle this issue, from AdFin (founded in 2012, shuttered in 2019) to blockchain-based companies, including Fenestra, Lucidity and Amino Payments (all founded in 2017), and large system of record platforms such as Mediaocean. Unfortunately, as highlighted by a recent ISBA report, the issue is still there; its analysis of log-level data showed that 15% of the total media spend – about a third of the tech tax – was untraceable.

The solution is not about creating more walled gardens, where publishers sell inventory directly through self-service platforms. While this would reduce the tech tax waste, it would also reduce the efficiency of media for advertisers, due to increases in excessive frequency.

Instead, the solution is standardized contract terms and conditions across the end-to-end supply chain to enable data sharing and verification. Accessing impression-level financial data from DSPs and SSPs, all cryptographically signed, would remove any dispute and make it impossible to hide or “lose” money. Some verification companies claim to already have systems in place to do so but emphasize they are being ostracized by some ad tech vendors that have a vested interest in driving opacity in the supply chain.

Advertisers and publishers should collaborate with the right partners to clean up their supply chains and run supply-path optimization initiatives. Organizations such as the MRC and perhaps the IAB could also play a role by accrediting tech-tax-verification technologies on their ability to diligently track data and financial flows in the programmatic supply chain.

While transparency issues were undoubtedly solved, this solution may not have been beneficial for advertisers, who were confronted by new business problems. Bidding in second-price auctions is straightforward – assuming the auctioneer does not cheat. With programmatic RTB, advertisers should just know the value of a specific impression and bid that amount, without worrying about other bids. This strategy will always be profitable, as the price paid for that impression will always be below its value.

In first-price auctions, advertisers must think more strategically: If bidding the value of impressions, there would be no profit since they’d pay exactly what they bid; if bidding less, there would be fewer winning bids, creating an opportunity cost. Advertisers need to study competitors and their bids to optimize accordingly.

Said differently, second-price auctions are easy to bid on but can be manipulated by ad tech vendors that do not undergo auction-verification, while first-price auctions are not open to manipulation but more complicated to bid on. By designing proper auction-verification capabilities and corresponding technologies and gaining evidence about whether SSPs or DSPs bend the rules of second-price auctions, we could affect industry-level decisions about auction formats and act in the best interest of advertisers.

Today, “verification” refers mostly to IVT-verification, which has the highest level of maturity. Advertisers consider it necessary and the technology exists and can be accredited by a third party.

For tech tax-verification, which has a medium level of maturity, advertisers partially acknowledge the issue (or do not know how to solve it). Technologies exist but there is no accreditation. For auction-verification, which has the lowest level of maturity, the issue is not acknowledged by advertisers, and neither technologies nor accreditation exist.

Advertisers, agencies, consultants and publishers need to grow capabilities in media technology and data. In any other industry, supply-chain management and audits are transparent, and steps within the given supply chain are codified.