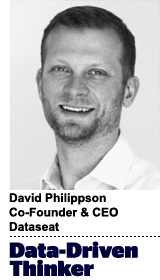 Today’s column is written by David Philippson, co-founder and CEO at Dataseat.

Apple will host its annual WWDC conference next month. While the physical event has been canceled, many of the previews for software that will be released in September still look set to proceed.

Like many, I will hurriedly download the iOS 14 release, install it on my iPhone and launch an identifier app. What I fear seeing is a message that is similar to the one below, stating that my advertiser ID cannot be found, or is simply a string of zeros.

There has been lots of speculation as to whether the Identifier for Advertisers (IDFA) will be deprecated, but for me it has become a matter of when, not if. As with Safari’s anti-cookie Intelligent Tracking Prevention (ITP), Apple has always cited consumer privacy as a reason to act against any persistent device identifier, and I see no reason why it would remove cookies in the web environment but not IDFA in apps.

What would be the impact from IDFA deprecation? If the current pandemic has taught us anything it would be to prepare and plan for worst-case scenarios because when it does hit, the most prepared are least damaged.

One of the most immediate and drastic impacts will be a declining number of iPhones that can be tracked by app attribution companies. Marketers use such platforms to measure the effectiveness of their media partners using a consistent methodology to deduplicate and attribute a download to one media partner or another. Advertisers will also lose the ability to calculate customer lifetime value and return on ad spend per channel, as attribution companies use the IDFA to capture and report on downstream sales events such as registration and purchases.

Apple is unlikely to allow fingerprinting, which has no opt-out mechanism.

Just as retargeting was beginning to gain traction and become an increasing part of app advertisers’ marketing mix, it is now at risk of disappearing. Unlike when ITP first shipped in Safari with a 72-hour grace period for third-party cookies used by retargeting firms, device IDs will most likely be disabled by default with no grace period.

Not enough credit is given to the role of creative optimization in driving performance for app advertising. This is obvious when you see those that invest in dynamic creative optimization outperform their competition, as they are able to acquire new users faster by displaying the right message to a specific user at the right time.

Without device IDs, we not only lose the ability to recognize the right user, but we lose all ability to measure, improve and continuously fine-tune the creative message. We should expect a world without frequency caps and therefore far less effective creative A/B testing and optimization.

In recent years data platforms and marketplaces increasingly began acting as brokers on behalf of apps supplying IDFAs with specific user data, such as age, gender, consumer habits and even location, and also for other app advertisers that wish to acquire that data to enrich their campaign targeting.

These platform suppliers should expect these revenue streams to dry up, while advertisers will have to consider a diminishing list of alternative targeting strategies. The data platforms themselves will also have to rethink their business models and diversify beyond this particular proposition.

I believe that one of the biggest reasons that Apple would deprecate IDFA is because of a handful of ad networks and DSPs that have built very large businesses by creating device graphs or audience profiles using IDFAs. By working with many advertisers that send them device IDs and post-install events from their attribution platforms, these companies can store valuable information about each device.

For example, they may know that I am a regular user of ride-hailing apps and a hotel booking app and also regular player of Match 3 games. When they have a new hotel, taxi or Match 3 advertiser they know who to bid on and, equally importantly, how much to bid.

Advertisers have either widely been unaware of this practice or turned a blind eye because they are addicted to the results, despite the obvious cannibalization and privacy implications. Unfortunately for them, Apple is not turning a blind eye and will likely eat their lunch.

In an excellent article written by my friend Eric Seufert, he highlights Apple’s recent updates to its Apple Search Ads API, including adding “supply source” and “Adchannel” as campaign parameters. This suggests that Apple may extend its capability beyond serving ads in the App Store and begin competing with ad networks and DSPs by monetizing and serving ads in-app.

Considering the current size and growth of app advertising, Apple could be the biggest beneficiary of IDFA deprecation because it would be able to scale an iOS-specific ad network while limiting the capabilities of every other ad network and DSP.

While ad networks and DSPs have little influence over Apple’s policymaking, the same cannot be said for the walled gardens.

Since the social networks offer enough value to Apple’s users, I believe one of two scenarios will play out. In the first scenario, whatever alternative Apple offers advertisers to address many of the challenges created by IDFA deprecation will include some baked-in solution that allows advertisers to continue to target and track advertising campaigns with social networks. Or, there is no cooperation and the sign-in wars in which Apple, Facebook and Google compete to get third-party apps to use their sign-in will increase further.

For those that have not frustrated Apple by building noncompliant profiles of iPhone users with Apple’s IDFA, there is the little talked-about Apple API called SKAdnetwork that was released a couple of years ago in iOS 11. It suggests that attribution will still be possible even without third-party attribution companies.

While most of my comments and predictions above sound negative, I have to remind myself that all previous major and significant changes in our industry have often served as a catalyst for widespread improvement and opportunity. I do not believe advertisers will be worse off if they lose the ability to precisely target, attribute and retarget app users and instead realize that their best return on investment comes from focusing on building superior user experience, brand loyalty and retention.

For vendors, networks and DSPs, I think it’s worth looking and learning from our desktop counterparts that are a couple of years ahead down the same road, where certain opportunities such as contextual targeting have increased in value while precise behavioral targeting has decreased. Business owners should look for new opportunities to create value in a world without IDFAs.