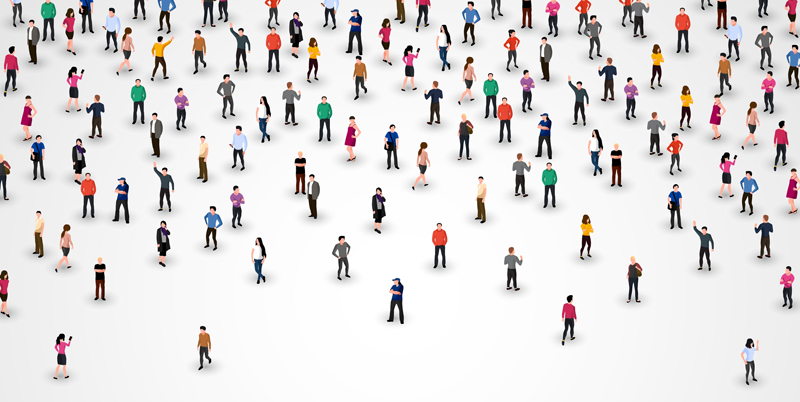 If you haven’t had lunch yet, don’t worry, because here’s a healthy serving of acronym soup.

Earlier this month, ESP, not to be confused with PPIDs, entered open beta in GAM, so feel free to rev up your UID2s.

In English: Google is moving forward with its solution, called encrypted signals from publishers (ESP), that allows publishers to share encrypted first-party signals, including Unified ID 2.0 identifiers, with buy-side platforms of their choosing via Ad Manager.

Google first announced the planned creation of ESP in March of last year … just a week after David Temkin, Google’s director of product management for ads privacy and trust, stated in a company blog post that it would not support email-based identifiers (such as UID2) in its own ad products after third-party cookies are phased out in Chrome.

ESP, which was in closed beta testing for roughly a year, represents “a long-term investment for us,” Deepti Bhatnagar, director of product management for Google Ad Manager, told AdExchanger.

The Trade Desk and Mediavine were both early testers during the ESP beta.

“It’s a very complex undertaking,” Bhatnagar said. “We’ll just continue to build and improve this solution and make sure it works for our partners.”

But what exactly is ESP, how is it different from Google’s PPID (publisher-provided identifier), is it just a work-around for passing email-based IDs – and can it be a viable alternative to third-party cookie-based targeting?

Encrypted signals from publishers and publisher-provided identifiers are flip sides of the same coin. Both exist to help publishers monetize programmatic inventory using their first-party data.

But because of Google’s stance on email-based IDs, it needs two different mechanisms for publishers to share first-party data with buyers: one for Google’s ad buying tools (PPID) and another for third-party bidders (ESP).

PPIDs are akin to publisher-specific first-party cookies, usually tied to a log-in, that publishers can use for frequency capping, audience segmentation, targeting and other ad-serving-related activities. But Google also allows publishers to share PPIDs through Ad Manager with Google’s programmatic demand, which helps scale the publisher’s first-party data.

The PPIDs are anonymized so audiences can’t be identified across other sites and apps. But the data can be aggregated in Google Ads and DV360, which gives publishers the ability to scale the usefulness of their first-party data.

But publishers don’t just work with Google, and they have other signals they may want to trade on, like Unified ID 2.0, which Google won’t pass through its buying systems. And that’s where ESP comes in. 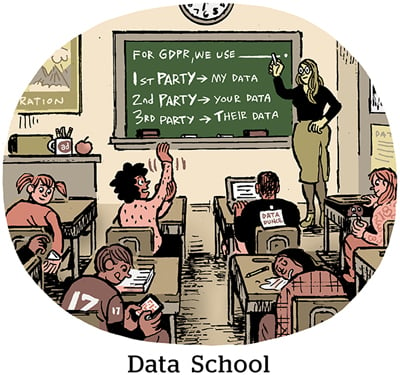 The best way to think about ESP is as a pipe that publishers can use to share encrypted first-party signals through Google Ad Manager with direct, authorized buyers and Open Bidders. It’s a way to facilitate an exchange between publishers and their non-Google demand partners.

A publisher can encrypt and share practically any first-party data signal as an ESP, including demographic data, contextual information, device ID, IP address, behavior data, interest data or any one of the industry’s many alternative identifiers, such as UID2 or LiveRamp’s Ramp ID. A seller-defined audience, as per the IAB Tech Lab’s new spec, could also theoretically be passed as an ESP after being encrypted.

Publishers could even pass a PPID as an encrypted signal, they just can’t turn identifiers that Google doesn’t support into a PPID to use in Google’s ad systems. (The TL;DR on that: A UID can’t be a PPID for Google demand, but a PPID can be an ESP for non-Google buyers.)

The fact is, although Google says it won’t trade on email-based identifiers, once the data is encrypted as an ESP, Google doesn’t know what it is and therefore will allow the ID to be traded on its exchange through private marketplace deals, open auctions, private auctions and preferred deals.

Meaning, Google is OK with advertisers transacting on email-based IDs, such as UID2, just not through its own systems. The Trade Desk double checked.

“We’ve conferred with Google and made sure this is something we’ve told them – that it’s UID that’s being transferred,” said Kanishk Prasad, a senior product manager at The Trade Desk. “And they said, ‘Yep.’”

Before any data enters GAM for use as an ESP, it must be encrypted, and it’s the publisher’s responsibility to comply with any and all privacy requirements to ensure the data is collected with consent and follow Google’s own Ad Manager policies.

“We are just providing a technical means for the publisher to share this data with third-party, non-Google buyers,” Bhatnagar said. “We don’t see the data or know what’s in it.”

But one might wonder why Google is providing a technical means to share email-based identifiers, like UID2, considering the colossal industry-wide freak-out Google provoked last year after declaring that “PII graphs based on people’s email addresses” won’t fly from a privacy perspective.

In short, are PPID and ESP just work-arounds for Google’s own planned deprecation of third-party cookies in Chrome?

Not exactly, said Eric Hochberger, CEO and co-founder of Mediavine.

But that begs another question: Is the PPID actually more limited than ESP, or does using the PPID in Google Ad Manager give Google any sort of leg up over third-party bidders?

In its recent agreement with the UK’s Competition and Markets Authority earlier this year, Google pledged not to self-preference its own advertising services and restrict the sharing of data within its ecosystem to ensure it doesn’t gain an advantage over competitors when third-party cookies are removed.

In Hochberger’s view, though, encrypted signals are more powerful than PPID because “it’s whatever the publisher and buyer want to make it.”

“We can pass whatever data we want in a secure way in the auction,” he said. “It just has a lot more flexibility.”

And more flexibility for publishers is the point, Google’s Bhatnagar said.

Publishers crave control because they often don’t feel like they have any, Prasad said.

“They don’t want to put anything out there because they have no idea what’s going to happen to it or who is going to use it,” he said. “But what Google does – and this is something UID2 does, as well – is give publishers more granular control over where their data is going.”

And (potentially) the ability to make more money.

Although it’s still too early to prove whether the presence of a PPID or an encrypted signal raises bid rates for publishers, Google seems optimistic. “We believe encrypted signals will be another tool to help publishers monetize their inventory in a way that best fits their business goals,” Bhatnagar said.

There are early signs, though, that encrypted signals do help raise prices for publishers in cases where there are no cookie-based IDs available.

In cases when it’s able to pass signals like UID2 as an ESP, Mediavine said it’s seen increases of more than 117% in eCPMs for otherwise non-addressable inventory.