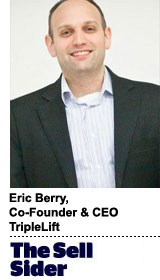 Online content consumption has never seen more change than in the past few years. The ecosystem evolved from simply web to a plethora of options, including desktop web, mobile web, apps and platforms, such as Facebook Instant Articles and Apple News.

For many reasons, including limited control over presentation and monetization, publishers have begun to meaningfully pull back from platform distribution in the past few weeks. Meanwhile, Google’s Accelerated Mobile Pages (AMP) project continues to grow in prominence and relevance.

AMP is important not just because publishers are beginning to pull out from platform distribution, but also because it represents the last great hope for a successfully monetized open mobile web, although it may also inadvertently increase Google’s dominance in monetizing the web.

Content consumption is shifting to walled gardens like Snapchat and Facebook. These are curated, high-performance platforms designed for mobile devices. Mobile web, meanwhile, presents an inferior option in nearly every regard. The content loads far more slowly, it is not optimized and it delivers inconsiderate ad experiences that obfuscate and move content.

Failure to embrace the principles of AMP will lead to consumers sensibly choosing even more time in walled gardens. While AMP alone is not enough to reverse this trend, it represents a necessary precondition. For AMP to reach full publisher buy-in, however, certain needs must be met.

The Side-Effects Of Extreme Optimization

AMP is based around specific JavaScript that defines the “AMP runtime,” which largely controls how the pages work. Certain HTML tags are replaced while others are eliminated altogether.

Cascading style sheets are also restricted, all with the aim of ensuring that content can be laid out on the device immediately after loading without waiting for external assets to load.

The loading of all assets also is deferred until after the content has been statically positioned. This makes content fixed and visible almost immediately – and even faster when the content is cached by Google. The unfortunate side effect is that the AMP runtime defers ad loading, which, in turn, has resulted in many page views not being monetized well.

The AMP project is open-source, and the team supporting it is thoughtful and responsive. For example, a relatively recent release allowed for ad rendering to prioritize viewability over views, at the publisher’s discretion, meaning ads would only be loaded when they’re approaching the viewport, or the part of the web page that’s in view on the phone.

Perhaps more importantly, AMP has begun the AMP for Ads (A4A) program, where AMP-compliant ads can be loaded nearly as seamlessly as AMP content. This has the potential to drastically improve ad loading performance, but it also has the potential to cement Google’s ad tech monopoly.

In order for AMP to be successful, it must have enthusiastic buy-in from all parties, including ad tech vendors and publishers – many of which may be skeptical about further submitting to the ad tech duopoly.

This threat actually comes from a well-intentioned decision. In an A4A ad, only a certain subset of AMP-approved code is allowed. To optimize page loading, A4A ads are forbidden from calling other A4A tags. This is assuredly a performance boost.

However, nearly every publisher uses DoubleClick for Publishers (DFP) for their managed campaign decisioning and delivers ad tags through DFP for monetization partners. So by disallowing any sort of passback, Google creates lock-in for itself and would effectively own monetization in AMP.

This is actually better for the overall rendering and performance but publishers and ad tech players will approach A4A with a certain trepidation. Instead, A4A should simply allow a reasonable number of passbacks, perhaps just one or two on a given ad slot. This can be enforced through the A4A runtime and would ensure that the ecosystem remained fully open and broadly supported.

AMP is also effectively designed for the lowest common denominator. Even the simplest Android phone renders AMP page pages nearly instantaneously. Yet this drives monetization and user experience to the level of the simplest phone. The most lucrative customers, however, are generally those with relatively recent phones. As a result, an inadvertent side effect of AMP is that the monetization upside of the most lucrative users is limited.

AMP could instead employ performance models where, for example, the device’s ability to continue to render at or above 60 frames per second would be the bar. A4A uses a version of this methodology to limit ad animations when they slow the device below 60 frames per second, but it could also be used inversely.

To the extent this is met, significantly more powerful and flexible monetization options that are still compliant with the LEAN ads initiative could made be available through A4A, but would still degrade as the frame rate decreased below the threshold. This would also spur broader community involvement by ensuring that the monetization options aren’t so limiting that there isn’t meaningful room for innovation.

Reaching Compromise For All Stakeholders

Finally, AMP does not prioritize a publisher’s monetization above anything else. Users come to the page for the content, and publishers use that opportunity for monetization. As a result, certain compromises must be met.

AMP creates a difficult set of standards where ads are loaded with low priority and must be in a statically positioned region. AMP could still create a seamless experience and enable monetization by allowing publishers to cache non-rendering ads and insert them in pre-selected breakpoints that are below the current viewport once they’re available, dynamically adjusting the content below and collapsing them if they’re not in view by the time that breakpoint hits the viewport.

This does violate certain AMP assumptions, and may be extraordinarily difficult to achieve through the AMP runtime, but it would be an important compromise between stakeholder interests.

For publishers, a publishing medium is only as good as its potential to generate revenue. AMP has responded and created a truly viable alternative for publishers. It is vital for the sake of independent monetization that mobile web remain an effective channel, and AMP currently is the best option.

By making only a small number of changes, AMP may quickly achieve the point where mobile web is a great experience for users and provides a great moneymaking experience for publishers.