Jay Glogovsky, vice president of revenue operations and analytics for The New York Times, will be speaking at Programmatic I/O in Las Vegas from May 23-25. Click here to register.

In the post-cookie era, many in the industry anticipate power dynamics will shift to favor publishers, as first-party data becomes indispensable for targeting and media planning.

But that changing dynamic doesn’t mean a publisher needs to create distance from its partners. The New York Times is focused on its partnerships with advertiser and agency clients, as well as creating close working relationships with a limited number of DSPs and SSPs.

Glogovsky talked to AdExchanger about how The Times relies on these direct partnerships to create a positive ad experience for its readers, why open-web programmatic is the wrong choice for a privacy-centric in-app experience and why publishers should double down on close partnerships rather than worry about who will control the keys to monetization. END_OF_DOCUMENT_TOKEN_TO_BE_REPLACED

AVOD is the same thing as FAST … right?

The fragmented TV ecosystem uses a crush of confusing acronyms to describe itself. Their meanings are bleeding into each other, but it’s important for buyers to understand the nuance in these definitions.

Two of the most important acronyms to get right are AVOD and FAST.

Despite dozens of streamers, programmers and publishers crowding the space, AVOD and FAST are the only two ways to watch ad-supported TV beyond the set-top box.

The core difference between them comes down to content distribution. Streaming content can either be served on a one-to-many basis (as in live) or one-to-one basis (as in when you want it).

Free ad-supported TV (FAST) apps host linear channels that deliver scheduled programming to a mass audience through connected devices, while ad-supported video-on-demand (AVOD) is at the behest of the user, who initiates individual viewing sessions that generate inventory in which to serve personalized advertising. END_OF_DOCUMENT_TOKEN_TO_BE_REPLACED 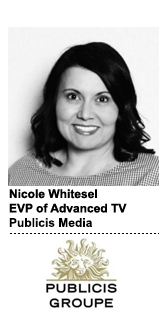 Nicole Whitesel, EVP of advanced TV at Publicis Media, will be speaking at Programmatic I/O, taking place in Las Vegas from May 23-25. You don’t want to miss it. Click here to register.

The TV ad industry has 99 problems, and almost all of them have to do with making sense of programmatic buying on the big screen.

Programmatic is a mainstay of digital advertising, but its role in the TV ecosystem is relatively new – and very different.

Video content and creative is much more expensive and harder to build and scale than a mobile display ad, for example, and on TV, that limitation is compounded by a scarcity of inventory.

“Everyone wants everything – including me – but the longer the laundry list we bring with less prioritization, the harder it is for us to help our clients build their business,” Whitesel said.

To make programmatic buying work on TV, digital native marketers need to build a much broader media strategy that can achieve scale and ROI through the big screen, she said, which means programmatic alone isn’t enough to scale the growth of a business. 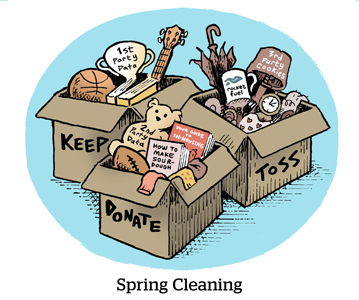 Some ad tech and publisher software companies operate their own media outlets, sometimes as a useful data collection pipeline or as a facade of respectability, so to speak.

Minute Media is one hybrid example with digital-native brands, but there’s also the Blackstone-backed B2B media company IBT as well as The Arena Group (formerly The Maven), which owns Sports Illustrated, TheStreet and a collection of other some might say random publications. System1 is a performance marketing engine backed by data and fronted by consumer properties like MapQuest, CarsGenius and HowStuffWorks.

But on the flip side, publishers are trading on their news brands to sell subscription software. The Washington Post is an early mover with its Zeus business; Vox has publisher software of its own called Concert.

The newest entrant to this pub-focused pantheon could be The Atlantic, which is hiring for an “ad tech/SaaS sr. product manager” (h/t @corndog for the spot) to commercialize its in-house tech.

Using its homegrown technology, The Atlantic saw its CPMs improve by 50%, and so it expects other publishers will be interested, per the listing.

“As the third-longest-running magazine in America,” The Atlantic writes in its listing, “we find ourselves at a remarkable moment: one of both continuation and transformation, of upholding our legacy while continuously reinventing ourselves for the future.” END_OF_DOCUMENT_TOKEN_TO_BE_REPLACED 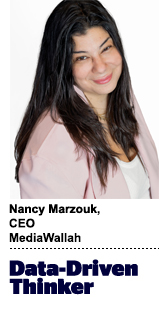 Today’s column is written by Nancy Marzouk, CEO of MediaWallah. Marzouk will be speaking at Programmatic I/O, taking place in Las Vegas from May 23-25. You don’t want to miss it. Click here to register.

Several years ago, a host of brands decided to “in-house” their programmatic media buying in order to reduce middleman fees and increase transparency and control. But many soon realized they needed support managing technology and execution. So, rather than truly “in-housing” programmatic, what they really did was restructure their contracts.

The same thing is now happening with advertising data. As brands build out their first-party data strategies and work to assemble post-cookie capabilities, many are “in-housing” to remain in control of their data. A common strategy is for brands to create their own ID, which unifies their data and insights per unique profile.

To ensure success, brands need to accomplish a few important tasks. They need to develop a usable in-house ID, evaluate the data feeding into their ID, then fill in the blanks so their ID is usable in the real world. END_OF_DOCUMENT_TOKEN_TO_BE_REPLACED

“There’s no chill in the performance world,” said John Sheldon, CMO of SmileDirectClub, a DTC startup and recently public company that sells customized transparent teeth aligners as an alternative to braces.

“You’re always … trying to push your business,” Sheldon said, “because if you can find more efficiency, you can scale.”

But brand awareness is also a key growth lever. In April, SmileDirectClub launched a campaign featuring testimonials by dentists and orthodontists to try and normalize the concept of teledentistry. Licensed doctors review every patient’s 3D scans and medical history before prescribing an aligner treatment plan, then they monitor the patient’s progress virtually.

Although telehealth took off during the pandemic, dentistry has been “a little behind the curve,” Sheldon said.

“We’re trying to destigmatize the concept of using remote dentistry as a way to improve your smile,” he said. “And so we’re constantly looking for places where we can tell that story.” 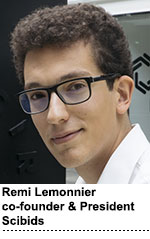 The apocalyptic headlines about cookie deprecation and the shift toward privacy have slowed somewhat ­– but don’t get too comfortable. Regulators around the world remain emphatic about privacy, big ad tech still plans big deprecation and a cookieless future for ad tech will be here before you know it. But this is no apocalypse. It’s a new dawn for digital marketing – defined by the possibilities that a new generation of artificial intelligence (AI) technologies create.

END_OF_DOCUMENT_TOKEN_TO_BE_REPLACED

The newest billion-strong social platform, TikTok, is taking on the OG walled gardens.

But its ad platform still can’t match Meta or Google. For one, TikTok under-attributes conversions compared to the other platforms, mainly because its tracking abilities are so nascent (although adding third-party cookies to its pixel should help).

On the flip side, although TikTok is no stranger to political interference – remember when it nearly had to sell itself over its Chinese ownership? – it‘s under far less scrutiny than its peers, especially Meta.

TikTok, therefore, can offer more interest-based targeting than Meta, which is especially helpful to brands that have long relied on this type of targeting to reach their consumers. Plus, TikTok allows hashtag targeting, which Instagram doesn’t. And, a bit like the buy now, pay later companies that are so popular with Gen Z right now, TikTok offers agencies credit to run campaigns and lets them pay after the fact. END_OF_DOCUMENT_TOKEN_TO_BE_REPLACED

The Titans Are Tired

So many entertainment hubs – Netflix, Amazon Prime and Freevee, Paramount+ and sister app Pluto TV, Apple TV+, HBO Max, Discovery+ and the Disney triumvirate of Hulu, ESPN+ and Disney+ – so little time. Which means there just isn’t enough growth to go around.

It doesn’t help that the competition overloads marketing costs. Oh, and stocks are being crushed across the board.

And when things get bad, the M&A rumor mill turns.

But there aren’t midsize content libraries or streaming apps left since Amazon’s $8.5 billion MGM deal closed. Paramount is the next-most digestible target but would probably come bundled with an antitrust review for any buyer that could afford it. So, what’s gonna happen?

If Netflix has real advertising ambitions, it should acquire Roku, writes Vikrant Mathur, CEO of Future Today, at The Drum.

Don’t roll your eyes! Richard Greenfield of LightShed Partners has an even more ambitious parlay, which is for Disney to sell off Hulu and buy either Netflix or Roblox.

Greenfield’s reasoning centers on the content. Hulu was Disney’s crown jewel, but its main value was derived from content shared by other broadcasters – which disappeared when Disney consolidated ownership. The NBC shows left on Hulu will move to Peacock this fall.

Which is why Disney divesting Hulu and grabbing Netflix or Roblox is “no longer far-fetched,” Greenfield writes. “The idea of Reed Hastings selling seemed preposterous just months ago.”

But nowadays, who knows?  END_OF_DOCUMENT_TOKEN_TO_BE_REPLACED